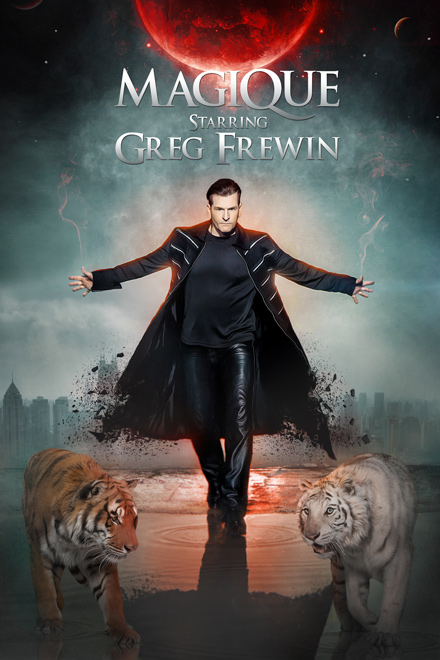 Greg Frewin has appeared in Japan, Chile, Columbia, Venezuela and all over Europe. A command performance for Prince Rainier in Monte Carlo along with over 35 TV appearances world wide attest to this mans notoriety. Greg is recognized by his peers all over the world as "The International Grand Champion of Magic".

Greg Frewin won first place at the International Brotherhood of Magicians (IBM) competition of professional magicians. Not only did Greg win first place but was honored by being presented The Gold Medal of Excellence which had only been presented 4 times in the Associations 65 year history. Greg went on to win First Place at the Society of American Magicians (SAM) annual magic convention competition. To top it all off, Greg won first place at FISM, the Olympics of magic which were held in Yokahama Japan. Greg Frewin has won every major award in the world of Magic.

The only magician ever in the World to have won the triple crown in magic, Greg was honored by the Canadian Association of Magicians with the first ever Magician of the year award. Greg Frewin has gone on to appear on stages all over the world including Caesars Palace, Tropicana and Flamingo Hilton in Las Vegas, Showboat in Atlantic City, Crystal Palace Casino in Nassau, Bahamas, the fabulous Genting Resort in Malaysia, Kaula Lumpur, Malaysia.